How Does Warren Buffet Beat The Stock Market? 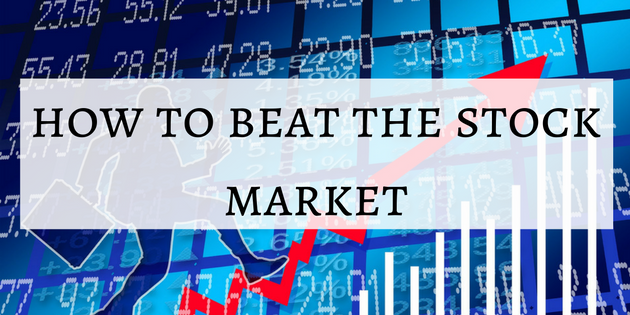 06 Sep How Does Warren Buffet Beat The Stock Market?

Posted at 22:50h in Business, Investing, Wealth by 0 Comments
0 Likes

“Warren Buffett’s long term, buy-and-hold investing strategy is known the world over and his ability to identify undervalued companies has placed him among an elite group of legendary investors.  Given his success, one might assume market experts would agree that Buffett has effectively disproven the efficient market hypothesis (EMH). However, as displayed during a recent economic debate, EMH continues to attract followers. This Financial Post article discusses the contrast between fundamental analysis and EMH.

The ‘semi-strong’ form of the efficient markets hypothesis states that market prices always reflect all publicly available information. This means that making a profit by looking at a company’s financial statements should be impossible. In a debate about the efficiency of markets between two legendary finance professors (Eugene Fama and Richard Taler), EMH won out.  However the author of the this article points out that this hypothesis contradicts the success of investors like Buffett, who have long relied on fundamental analysis to guide their investing decisions

EMH contradicts some of the most classic investment advice. Benjamin Graham and David Dodd’s book ‘Security Analysis’ has been the bible of stock-pickers, including Buffett, for almost a centuryBuffett’s history of success when it comes to selecting stocks boils down to two factors: finding undervalued companies with which he is personally connected (Buffett places huge emphasis on knowing management teams well). If EMH were true, Buffet would not enjoy the sustained success he continues to demonstrate as it is based entirely on the market’s inability to efficiently price-in publicly available information.

Fundamental analysis succeeds if two things are true.  First, the market has to have overlooked important things about a company’s value that can be observed by scrutinizing publicly available information.

Second, and most importantly, the market has to eventually realize the company’s true value.

Two financial economists recently published a paper that outlines a very simple form of fundamental analysis.  They took a group of stocks and analyzed the relationship between the stocks’ values and 14 of the most commonly reported items on the companies’ balanced sheets (regression analysis). If a company had a market cap above the ‘fair’ value predicted by the regression, it was judged to be overpriced; if below, it was judged to be underpriced.  A back-testing of their analysis showed that the strategy would achieve returns of 4 to 9 per cent per year.

The author of the article recognizes the inaccuracies of EMH as proven by Buffett’s traditional approach, however he believes EMH can provide a good baseline from which investors can formulate a strategy.  In a paradoxical sort of way, Buffett’s fundamental analysis, which takes advantage of underused information, can only function properly if markets at some point become efficient (i.e. eventually price the company accurately).

Buffett’s success simply relies on being somewhat more efficient than the market.  While associating the term ‘simply’ with investment success can at times be misleading, the underlying buy-and-hold principles espoused by investing legends like Buffett can offer tremendous clarity in the rather convoluted world of investing.

I know this might have been a little confusing for some of you who read this blog so try to take a few basic concepts from it.

Warren buffet is the greatest investment mind the world has ever seen but his approach and disciplines are very simple, which can be translated into your planning approach.

1. Understand why you have built the plan the way you have and have trust that it will work in the long term if you stay committed to it.
2. Know the people you are entrusting your financial future to. Have a solid relationship with them and trust that they have your best interest at heart.

At Kemp Financial Group we provide sound financial advice and expert financial services, that will help grow, protect and transition your wealth in the most tax efficient way possible from one generation to the next.

With over 100+ years of combined experience within the family, we understand that Canada’s economy is dependent on the health and wealth of our client’s and communities.
Let Our Family Take Care of Yours.